What a difference a year makes

I had planned to write about the cottage garden to accompany the description of the vegetable garden in June when my muse prodded me in the ribs (does anyone else have a grumpy, bossy muse?) and suggested that I might look at the photographs of the garden for May and June last year.

To help on the orientation I have added a sketch map of the garden. The areas I normally photograph are the borders beyond and to the left of the large gravel area with the stone boundary wall and the herb garden to the right. The row of sea thrift sits on the edge of the raised bed, although it is spreading rapidly obscuring the path in a cloud of pink cushions. The other areas are still at the problem solving stage, but will be revealed later.
After a slow start the herbaceous borders are now coming to life, the alliums and aquilegas have replaced the spring bulbs and the hardy geraniums are brightening up the raised bed and corner garden by the ossuary (a collection of beach finds, bones, shells, stones, driftwood etc. – my outdoor cabinet of curiosities). There is no grand design just a desire to create a simple garden with drifts of plants just to carry the eye to the sea view beyond. In such a beautiful natural landscape it would be criminal to obscure or compete with the view. I could have just left it and mown the patch of scrubby grass, but it would have been too harsh a contrast against the stone walls and sea of waving grasses and wildflowers in the adjoining fields.
The plant choice is whatever I can get to grow, so the colour mix is perhaps not what I would have chosen – too many pinks, but they mix with the blues of the salvias and geraniums and the purple of the alliums are good contrast. As for the orange of the knifophias and sea poppies and the occasional explosion of cerise from a mutant achillea, their contribution is an unexpected flash of intensity, almost a Christopher Lloyd pastiche perhaps.
The herb garden is still in the experimental stage as I am trying to find a core of plants which will survive the winter. Although the soil is well drained, I think it is the winter wet which does the most damage and the spring gales seem to finish off the rest.  I over-winter a stock of plants in the polytunnel so I can replace the casualties. This helps restore an important component of the garden – not just for the croft kitchen but for the insects, especially the bees.
I am an impatient gardener and get frustrated at my lack of progress with the parts of the garden that are beyond impossible, where, because of the wind, I really struggle to get anything to grow. However I am persevering and learning all the time. I find it difficult to accept that the garden does not really get going until late June and it can look very desolate in early May, despite the best efforts of the spring bulbs. I have also come to accept that the plant casualty list will be high and that even the toughest plants will take at least a two years before they begin to thrive. A year to decide whether they can cope with the soil and the weather, a second year to sulk and beyond that either death or glory. I should not need to remind myself that to create a garden takes a lifetime and that at least 5 years is needed to even begin to understand how a new garden might work. So a look at the photographs from May and June last year was a real kick up the derrière and produced a wry grin. 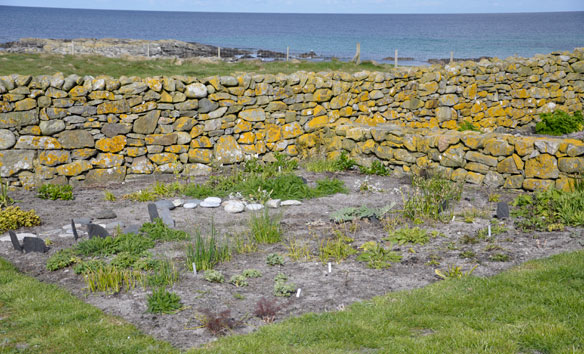 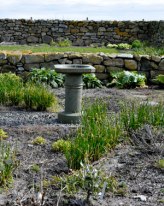 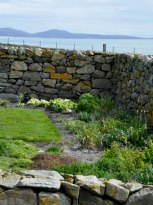 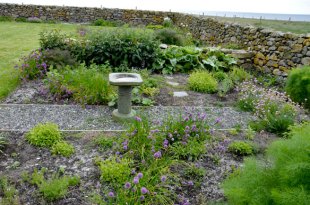